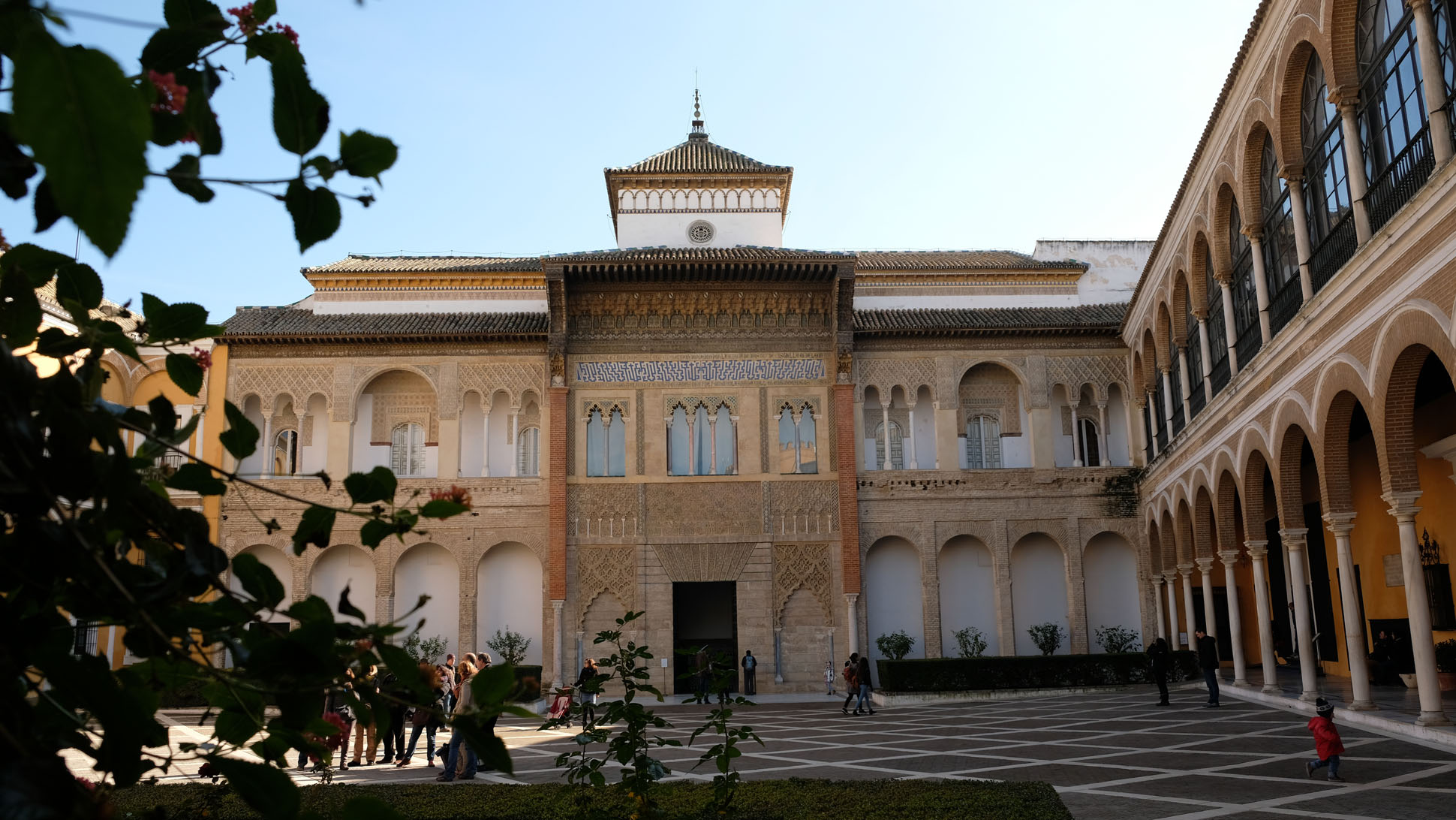 Three places that you cannot miss

ALCÁZAR: It is easy to feel part of royalty between its walls full of magic. The Alcazar has a history that dates back to the 10th century. It’s a palace with a mixture between Gothic, Renaissance and especially Mudejar styles. You will find courtyards full of vegetation with a subtle whisper coming from different water sources. The tiles variety will surprise you, the plaster work complexity will fascinate you, but especially beholding the great fusion between two worlds as different as the Muslim and the Christian one, will amaze you. It’s not just about architecture, behind its walls happened a lot of historic events, such as the Catholic King's son birth, it hosted different institutions connected with the New World, Magellan lived here for a few years while he was preparing his big trip…and already in the 20th century, the wedding reception of Spanish Princess Elena was celebrated here.
Its beautiful gardens, with more than 180 different plants, its romantic corners finding sometimes boastful peacocks, will invite you for a slow walk.
If we add to the history some legends and a pleasant narrative, you cannot miss a visit of the Alcazar with Monika, your tour guide in Seville.

THE CATHEDRAL: Getting lost in the biggest Gothic cathedral in the world is so easy… with me you will discover the most interesting spots of Saint Mary of the See, without forgetting emblematic stops as Christopher Columbus’ mausoleum or the biggest main altar from the Christianity.
It’s not rare to find a Murillo or a Goya painting, because Seville’s cathedral has a large art collection.
In this building we cannot forget the Muslim legacy too. Seville’s reconquest by the king Ferdinand the Third, plays an important role in this cathedral’s history, discover the connection between the king and the temple. It won’t be difficult for you to identify the Muslim remains from the mosque, but your tour guide will help you in case you miss something. Without doubt, the most visible part of this heritage is the tower bell, our very famous Giralda, the minaret of the mosque in the 12th century. Today is one of the emblems of the city. If you dare to walk all the way to the top of the tower, you will see one of the most amazing city’s view.

SANTA CRUZ DISTRICT: Strolling through this district means finding squares full of colour, where you will fall with buildings with small details as a twisted grid, an old door or even a patio full of plants. The most narrow streets names are quite particular: Live, Pepper or Susona, but this obeys to each street has a history behind. Hundreds of literary works were inspired by this district and many distinguished persons lived in its buildings. In the past, it was a part of the Seville’s jewish district and the events that happened within its streets became a part of the city’s history. Only with an official tour guide you will get to know the history, legends and traditions hidden in this outstandingly beautiful district.