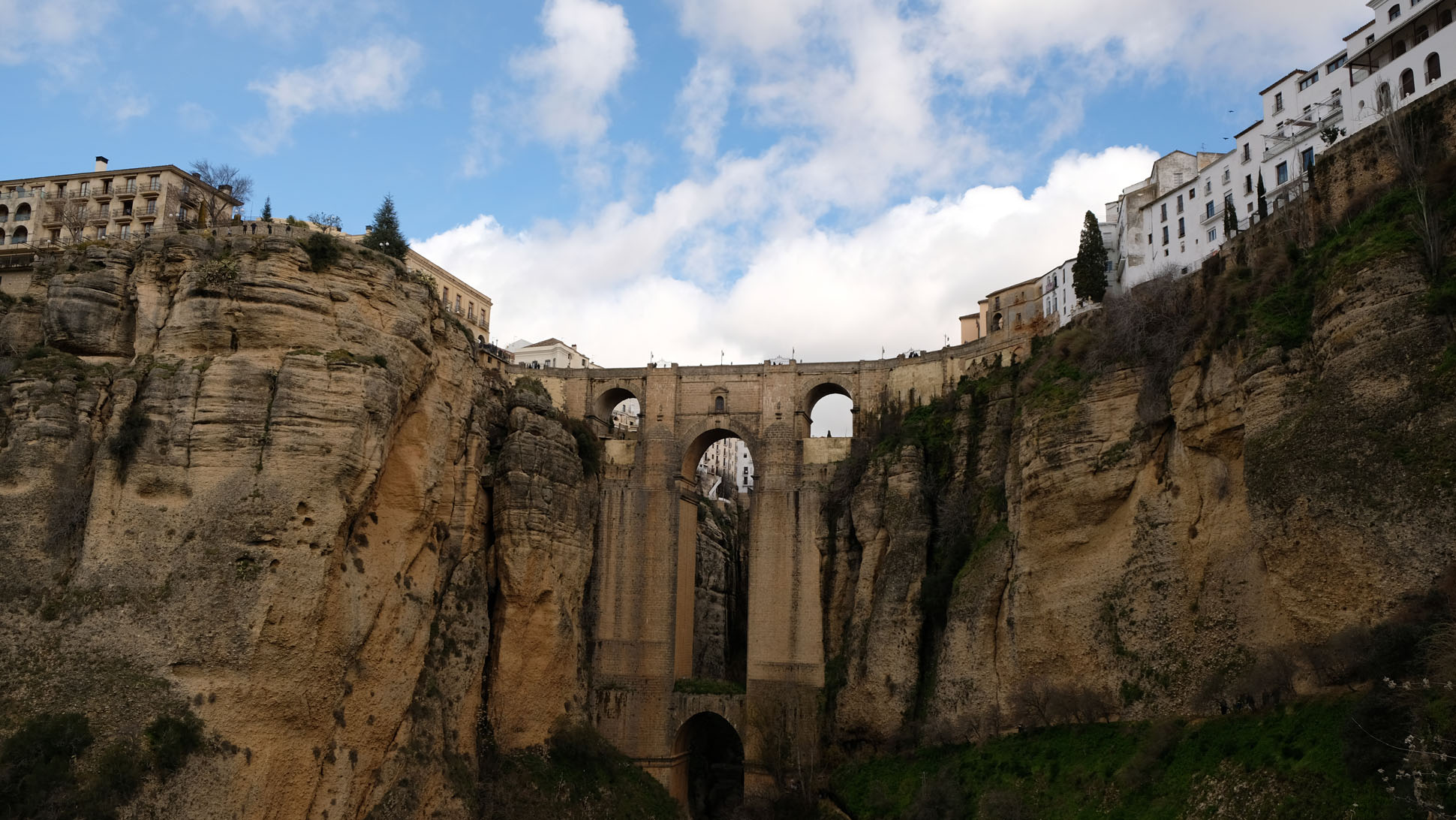 Man is bonded with nature to create a city in a very unique location, with its views to the mountains and cliffs, to the vineyards, farmlands, white houses placed on a knife-edge… there are almost unreal pictures, but there come true in the same city: Ronda, because Ronda really is a dreamy city.
Along the tour, always with the best views, you will get to know the rich history of this small and at the same time big city. Phoenicians, Romans and Muslims contributed a lot in this land, being the last ones who left a considerable footprint in the urban framework. Both in the streets structure and others remains in different constructions, such as the mihrab in the old mosque, which today is a catholic church.
Bull culture is very important in this city, as the writer José Bergamín said: “The art of bullfighting was a real wonder because it was made by Ronda and Seville together”. In Ronda were born some of the most famous bullfighters in history and the bull ring is one of the most monumental and oldest in the whole country.
In the tour we won’t miss the icon of Ronda: its old bridge, which has the most amazing views in the city.
You cannot leave Ronda without tasting its amazing wines and cheeses, even when it is said that it is a wrong pairing, in this case we have to do an exception. Let me guide you.
Bandit stories (bandoleros) and the incredible location of the city, attracted a lot of english people in the romantic times during the 19th century. I’m sure that you will be attracted as well by Ronda.