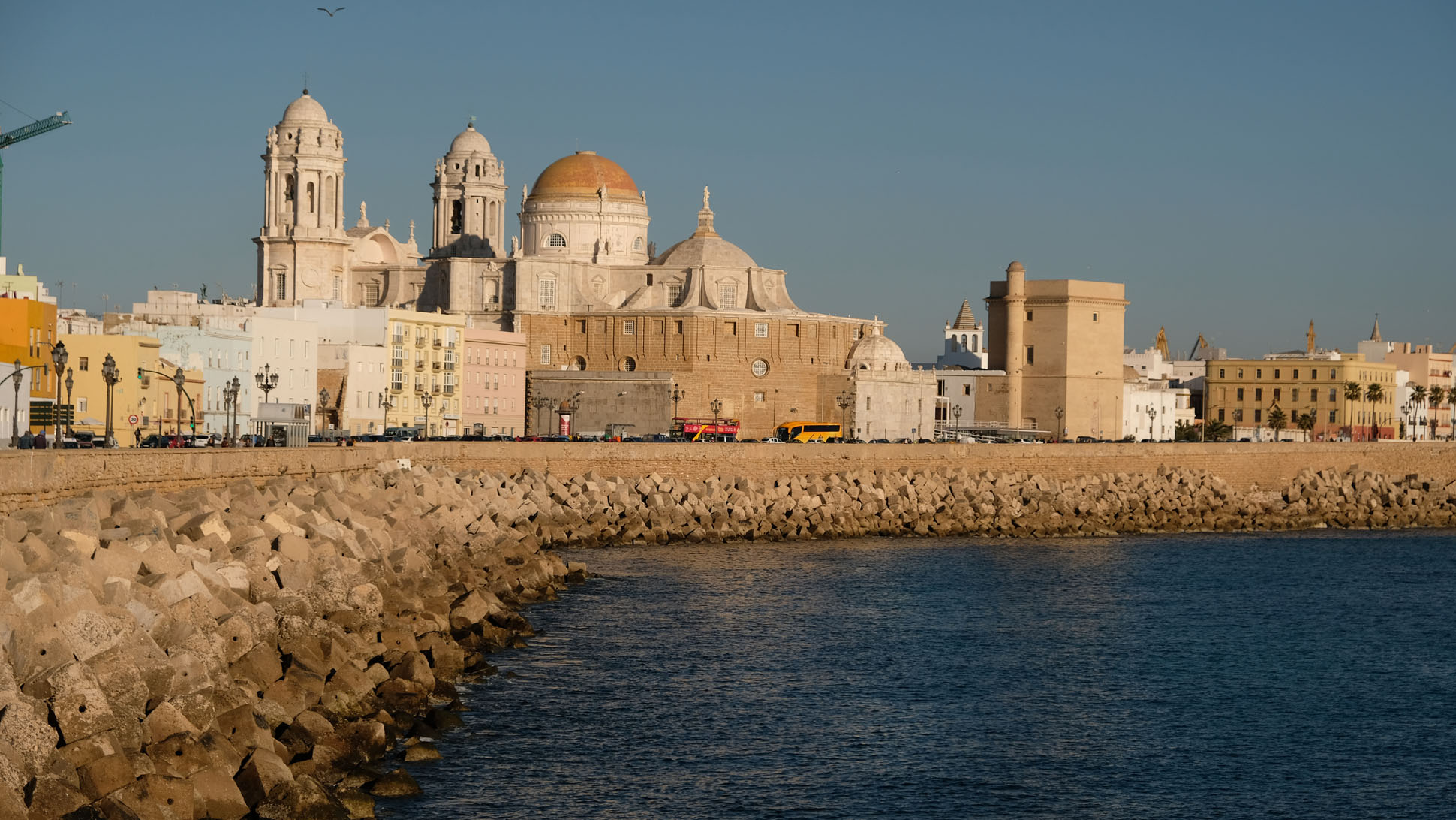 CADIZ: Its strategic location allowed numerous cultures to settle in Cadiz, speeding up the development of the city. Cadiz’ bay was already used as a port by Phoenicians, but its golden age was during the times of the discovery of the American continent, turning the 18th century Cadiz into one of the most prosperous cities in Europe.
In this city we have stories about pirates, about huge fortunes and, above all, the story how Cadiz became crucial part of Spanish history as it was in there where first constitution of the country was enacted.
It does not matter how many other Andalusian cities you may have visited, Cadiz has an unique identity with different faces: the one that reminds us to Havana, the stately one (where bourgeoise houses are a reflect of that very rich past), the port area (the city has been always pretty connected to the sea) and the relaxed face, my favorite one. This is a reality thanks to a fantastic weather during the whole year, people's good sense of humor and, of course, for the best food in the world (tuna, prawn mini omelets, oysters…), you will find there a small paradise.
Let me be your tour guide in Cadiz and I’ll show you all its faces, the cathedral, Caleta beach, its gardens and its curious streets.

JEREZ DE LA FRONTERA: A baroque cathedral, Renaissance constructions, amazing palaces facades, purebred Spanish horses… you will find out everything in Jerez, but the most important thing in this city is wine. Sherry, this unique wine, started to be exported by the Romans a long time ago but were the english who helped to market it starting back in 16th century and later again during the 19th century. The history of this city is linked with sherry, so you cannot miss a visit in a bodega (a winery) at least, discovering who is it produced, its history and of course the tasting.